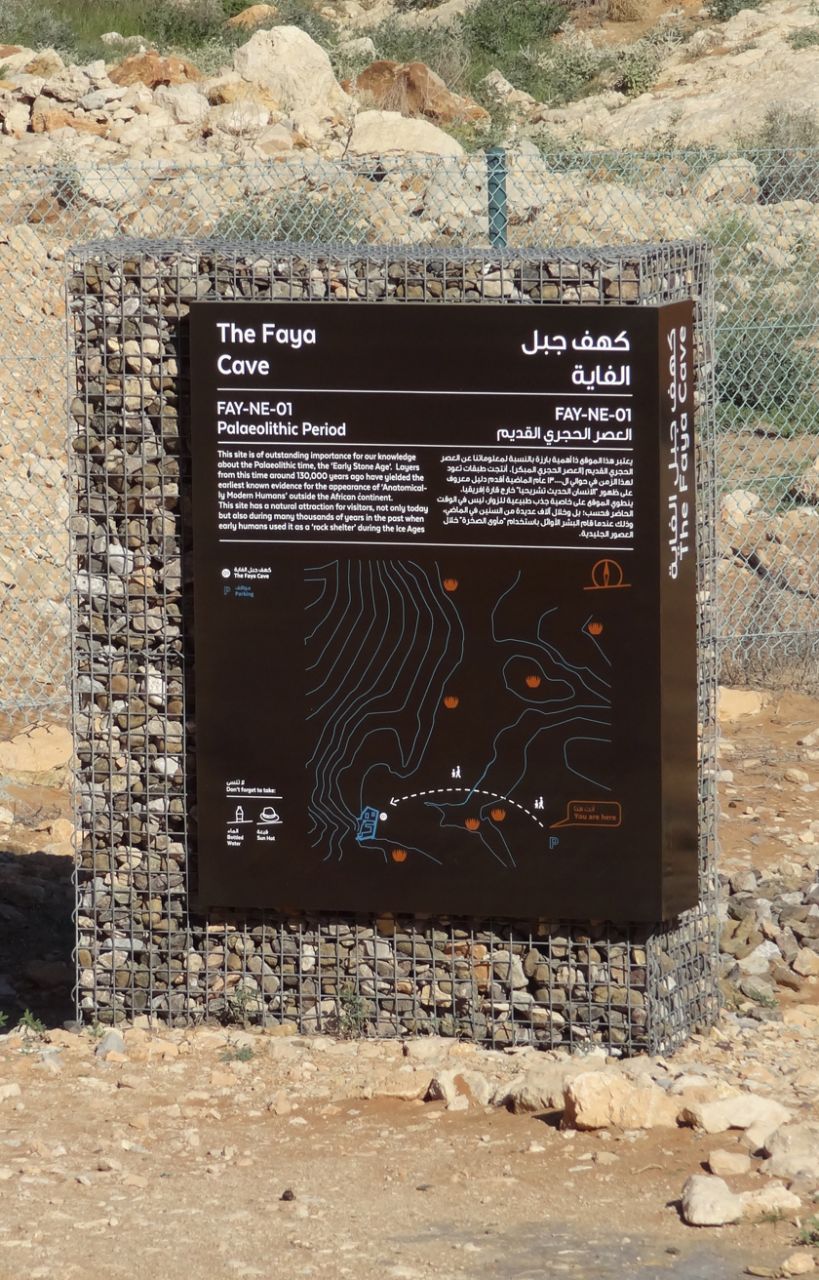 FAY-NE1
A hugely important archaeological site as it provides valuable information on the early history of mankind. At present it is the earliest site outside of Africa where stone tools produced by "Anatomically Modern Humans" (AMH) have been found. The tools found at FAY-NE1 were made 130,000 years ago, indicating that AMH had left East Africa earlier than previously thought.
Findings from FAY-NE1 suggest early humans crossed the southern Red Sea where, at that time, the distance between East Africa and South Arabia was narrow enough to be covered in a simple boat or raft. From modern-day Yemen, AMH spread through the Arabian coastlands of the Indian Ocean, including north and eastern parts of Oman and coastal and mountainous areas of the Emirates. It is thought settlers would have been attracted to Jebel Faya because of its rich flint resources, from which the Stone Age people made their tools.
It appears that Neolithic people did not live at the FAY-NE1 site continuously. Instead it is thought that the site's overhanging rock would have been used by early humans as shelter, allowing families to stay here for some time while they produced new spearheads, knives and other tools. We know this as remnants of such activities were found in the layers of earth just in front of the rock shelter.
Apart from the exciting information FAY-NE1 gives us about AMH, the site also suggests human settlers came here even earlier thanks to the discovery of a number of stone artefacts. These findings have not yet been studied and so we cannot say for certain which humans produced these objects. This does not however stop us from being certain that human history started many thousands of years ago.
Sporadic finds of Bronze and Iron Age pot-shards indicate that the site was visited by people during these periods as well, however it is not thought that it was inhabited permanently during this time. There is also evidence of a blacksmith workshop which can be dated to the Late Pre-Islamic period.
FAY-NE1 is located around 500m south of FAY-NE15. The site is fenced off and surrounded by a stone wall, built from materials unearthed during excavations. Guests cannot enter the walled area due to the deep excavation trenches at the site.